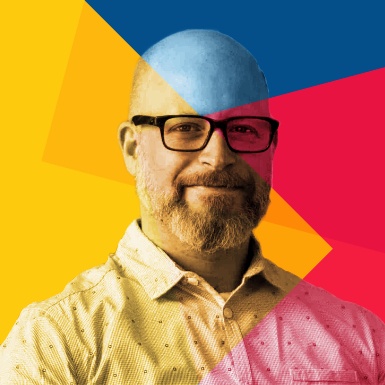 Do you experience panic attacks? Psychotherapist Dr Aaron talks to us about what panic attacks are, what causes them and how to deal with them when they happen.

Aaron: Panic attacks come from a combination of your feelings, your thoughts, and your physical sensations and they often have what's called a "trigger".The trigger is the thing that starts you feeling panicked, like maybe feeling like you're far from home, feeling closed in (like in a lift or in a car in traffic) or even seeing something scary like a spider (gross!).

Katie: I sometimes feel panicked when I'm in situations where I don't know what to expect. Or, if something doesn't go the way I'd planned. I feel worried and get pains in my chest sometimes, and start to breathe strangely. I'm confused as to what it means?

Aaron: Hi Katie. What you're talking about is actually really common. When we're in situations where we don't know what may happen, we can often fill in the blanks with our own thoughts. Usually, if we start to feel the way you describe, we fill in those blanks with horror stories. Instead of thinking "oh, this might not go how I expect, I wonder what will happen", we think "OMG OMG! It's going to be awful! It's going to be CATASTROPHIC! It's going to RUIN EVERYTHING!" - no wonder that makes us anxious!

Katie: Okay, thank you!! Feel heaps better now. I guess I just wanted to know I wasn't alone in it, and get some advice to help. I wasn't sure what was wrong with me.

Aaron: That's alright Katie, a huge chunk of the population feels this way sometimes. It's great if you can learn to replace your thinking (sometimes called "awfulising" or "catastrophising") and replace it with something a bit brighter.

Katie: I'm still learning to change my ways of thinking. It's an ongoing task of mine!

Aaron: The good news is that panic attacks won't harm you, and you can learn to control them so they affect you less and less, until they don't affect you at all. Sometimes you can do it on your own, but sometimes you can use a bit of help, like from a counsellor for example, they can help you learn to think differently about stuff like this.

Helena: I've been told when I get panic attacks it's because I have 'dissociated'. What exactly does this mean?

Aaron: Hi Helena. 'Dissociated' is an experience some people have when it feels like they're not in their body anymore, and that can be really unsettling. It can feel like you're just in your head, or very far away, and then that can make you quite scared.

Emma: I would definitely echo what Aaron said. Having your feet on the ground helps because it reminds you that you're "there". Also touching a wall can help to remind yourself of your surroundings or wrapping yourself in something soft like a duvet or blanket to feel something similar and sooth yourself. It's called a grounding technique.

Aaron: Great advice Emma. It can also help to say something to yourself gently that situates you, for example something like "Here I am right now, and there's a tree over there, and the sun is out, and there's a house on the corner". It can bring you out of your head and back to real life.

Olivia: My boyfriend also has panic attacks and when I'm with him its fine, I can calm him down. The problem is that I never know what to do or say if I'm not with him and he has one. Any ideas?

Aaron: Olivia, that's great you're able to help him when you're with him. Are you asking how to support him on the phone, or how to help him deal with them himself?

Olivia: I guess what can I generally do when I'm not there? When I am, I get him to focus on my voice and stuff but that doesn't work if we're texting or something.

Aaron: It's great that you can help him when you're together, but you also need to think about the idea of him developing a dependence on your support. He will need to learn that he can survive it on his own too, and that will be REALLY helpful to him if he learns, even just one time, that he can handle it on his own, he'll be less likely to experience it again.

I want to make the most of my time

Get to know your panic monster

Find out about panic attacks – and how to get ...

Helping someone with panic attacks

How not to panic when someone is having a panic ...

Help, I’m having a panic attack

How to get through a panic attack – step by ...

How can you tell if you have a mental health issue? Read our...