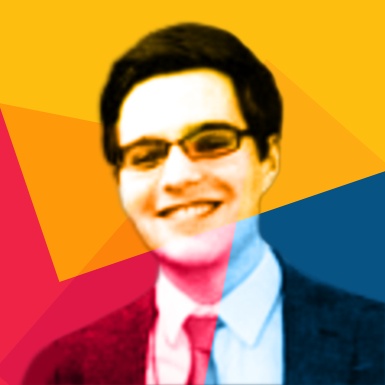 Ed from Beat returns to The Mix, answering more questions on living with an eating disorder, seeking help and tackling stigma.

p>[Lorna: I've had issues with eating for a while but I'm worried about going to the doctor's just in case they say, 'But you weigh too much for anything to be wrong!' I'm really struggling though. Is there any way I can get help without going to a GP?

Ed: : It can be hard to predict how a GP will respond. We hope that many are getting better at understanding that there is far more to eating difficulties than weight, however this is a work in progress. In terms of getting help, there are a few different ways of doing this without needing to speak to a GP. It can be really hard to cope with these things alone, so well done on reaching out to communities like The Mix to get support. What else do you think could be helpful?

Lorna: : I'm not really sure. My friends try to be supportive, but they don't really get it and they end up being really patronising.

Ed: : It can be hard sometimes when people don't quite get it. One of the things that a doctor could refer you to is some form of counselling support. There are ways of finding this without having to see a doctor. The Mix have an online register which you can use to find this. There is also another one called YouthAccess. We also have peer-support communities as well as online support groups on the Beat website than can be useful. There are other things which people could find helpful, like finding a dietitian to help with meal plans. This isn't helpful for everyone, so it's okay to stick with the things you feel would be better suited to you.

Tracey: How can you help people understand? There's a few friends I talk to about my eating issues, but they end up being really patronising and they just don't understand. I haven't ever told them how their behaviour makes me feel because I don't know how to word it. They treat me like a child sometimes; it really gets to me.

Ed: : Sometimes writing things down can help. You can write it a million times until it sounds right! Maybe even just saying what you've said to me as a starting point may work. You could even suggest that they get in contact with Beat to talk about these kind of things or have a look on our website. We have some information about how to support someone with eating issues.

James: The Mix also has an article around helping a friend with an eating disorder.

Ed: : We also have online support groups for friends and family as well as for those struggling. That may give them a space to chat with other people who are supporting someone to get some ideas of how they could help.

James: : It's worth mentioning too that Beat have a lot of factsheets that they could simply read (in case an online support group feels like too big a first step).

Ed: : Our helplines can be a place to talk things through, either on the phone, via email or through instant messenger.

Ed: : These are some of the major stigma points surrounding eating difficulties. The reality is that people of all different shapes and sizes can have an eating disorder. At Beat, we try to encourage people to focus on the feelings rather than the food someone eats. With eating disorders being a mental health issue, you can't tell if someone has one just on how they look. Sometimes misconceptions can arise based on what people have seen on TV. They may have an idea of one person's experience, but these can vary a great deal from person to person. It doesn't make their eating disorder less valid.

Yasmine: : It gets especially hard when you've gone to the doctor's and been told that you don't fit the criteria for an eating disorder because of your weight/BMI. It's like you're being told by professionals that none of it is real. It can make people feel they have to keep going with their difficulties until they can be taken seriously.

Ed: : BMI shouldn't be the only thing that doctors focus on, however this can happen unfortunately. It isn't a particularly positive or helpful thing to say to someone who is struggling and it can reinforce the thoughts which cause the eating disorder. It also makes people feel hesitant about going to the GP, however there will be some GPs out there with better understanding. You can always ring up the reception and see what experience the GPs have before choosing an appointment. Sometimes this information will be on the surgery website.

Anorexia is more than a state of mind #NoNormal

Jack shares his experience of anorexia and recovery, ...

How I faced up to bulimia

Lucy tells us how she finally faced up to her eating ...

Ed from Beat answers our questions about eating ...

Do I have an eating disorder?

Worried you have an eating disorder? Not sure how ...

Am I going mad?

Feel like you're losing it? If it's all getting too much, re...

Tell us about you

At The Mix we're always trying to improve our services.
Take this survey for your chance at winning a £200 Amazon voucher.