Crisis Messenger
The Mix / 97% of young people are feeling stressed

97% of young people are feeling stressed

A new poll commissioned by youth charity The Mix and publisher Bluebird has found that the majority of young people (97%) feel stressed, with 45% thinking about their sources of stress multiple times a day.

The poll also found that 75% of young people use one or more of the following to cope with stress and see it as an issue – drink, drugs, sex, shopping, social media, eating and exercise. The survey revealed that not having enough money was the largest source of young people’s stress (60%) followed by work (42%) and studies (32%). The research was conducted by OnePulse and surveyed 1,292 respondents aged 16-25 years-old. 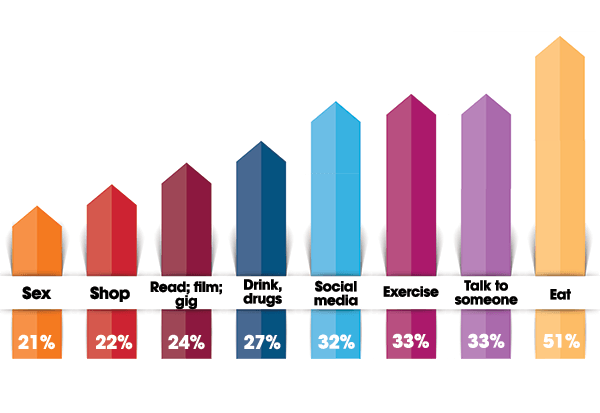 As a response to these worrying trends The Mix – a digital support service for 25s and under – has teamed up with comedian, broadcaster and author, Russell Brand and his publisher Bluebird, to raise the profile of mental health and addiction issues in young people.

Russell Brand is joining The Mix as a guest editor between 18th and 22nd September 2017 to talk around the themes of his new book, Recovery: Freedom from our addictions. Over the week he will be offering some very practical advice on sex, relationships, drugs, drink, food and money based on his own journey of addiction and recovery.

Russell Brand said: “In my youth I made a lot of mistakes. In fact, my entire youth was a mistake. Hopefully this era of filthy blundering can now benefit the woke folk coming up now through my collaboration with The Mix.”

The Mix is one of the founding partners of the Heads Together mental health campaign and provides innovative digital solutions to support nearly 2 million young people every year with all aspects of their lives, from mental health to money and from homelessness to sex and relationships.

Spokesperson for The Mix, Zoe Bailie, said: “It’s really worrying that so many young people are turning to unhealthy coping mechanisms to deal with stress. With over half of the young people who responded to the survey saying that they would turn to a friend for help and nearly a third saying they would seek advice from an online service, The Mix plays a crucial role supporting young people through both digital outreach and peer communities.

The Mix has seen an increase in young people using its services across website, helpline and counselling, which indicates not only the greater need for support but also that young people are recognising and dealing with negative patterns of behaviour before they become a problem and becoming more resilient to the pressures surrounding them every day.”

The survey also found that 58% of those that considered their coping mechanism an issue, would turn to a friend. In response to this The Mix will aim to increase its online community of moderated peer to peer support, providing young people with a safe online space.

The research found that:

Notes to the editor

About the poll
All figures, unless otherwise stated, are from One Pulse. Total sample size was 1292 young people. Fieldwork was undertaken between 11-14th September 2017. The survey was carried out online. The figures have been weighted and are representative of all GB adults aged 16-25.

The Mix have released some new research that shows ...

The Mix is one of the three charities hoping to be ...

The Mix works with Your Best Friend to support young ...