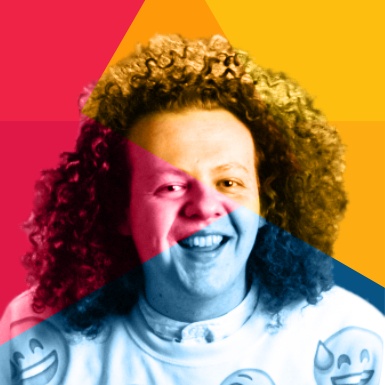 Jack Rooke is an ambassador for CALM (Campaign Against Living Miserably). CALM is a registered charity which exists to prevent male suicide in the UK. Here, several members of The Mix offer their views about the best ways to offer emotional support to men.

Jack: Do people feel more awkward when a guy cries as opposed to a girl?

Luke: On my way home from work I saw a man crying and it unnerved me a bit. But I'm not sure if that was because he was male or the fact that seeing someone cry in public is always unnerving.

Matt: I find that I'm able to offer comfort when a female friend is upset, but I wouldn't be sure what to say to one of my male friends though. One of my friends appears to be so self-assured that I don't feel anything I could say would help him.

Andy: I think it depends on the type of crying. A "stoic" man crying at his grandfather's funeral is considered appropriate, I guess?

Jack: I think that's right. Lots of young guys I speak to have said they've only ever seen their fathers, grandfathers and uncles crying at funerals and at no other time.

Matt: I don't think I've ever seen my father tear up. I've rarely seen him express any emotion in fact. It's disconcerting.

Jack: : I think it's very much becoming a generational thing. Older men seem to adhere more to the 'stiff upper lip' sentiment, whereas I think younger guys are gradually becoming more open to their emotions.

Matt: True. My father was in the first wave of baby boomers. He grew up right at the beginning of the post-war rebuilding, where the "keep calm and carry on" and "show some blitz spirit" attitudes rolled over.

Jack: : I think a mix of reality entertainment and soap operas in the last decade or so has meant more young guys have seen men showing their emotions. However, many of us still feel awkward in knowing how to treat and comfort men who are crying, or in times of a crisis.

Andy: Most people are well versed in knowing how to comfort a woman (by hugging or making soothing noises etc). But with men, what can we do?

Jack: For me, taking a friend down the pub, or having a kick-about in the park, and just starting a chat about how he's feeling is a really good start. Sometimes just letting someone know that you are there if they want to have a chat is reassuring.

Matt: If someone doesn't want to talk, then a distraction to put them at ease is a good plan. Then maybe the bee in their bonnet can be teased out later.

Jack: : When one of my friends was feeling low, I got them to make a list of all the things they are proud of, and told them to see them more as goals and aims. We have a society that puts pressure on people to feel like positive success stories all the time - and actually, that's quite an unhealthy perception. No-one can always feel positive, but it's about ensuring that when you feel negative, you can learn some coping strategies to get back on track!

Andy: So, how do we encourage young men in particular to learn those coping strategies and to learn that life is not a series of successes?

Jack: I think creativity is a brilliant outlet in helping yourself deal with negative experiences. Anything from writing down your feelings, drawing, writing a poem, a song - creativity can help us to identify what we are struggling with and give us an outlet to release it.

Matt: Writing has been a great balm for me. It helps me rationalise things.

Jack: There is a really interesting piece on the CALM website about this topic

Agatha: My friend from college befriended someone who was a bit lost. She gave him a journal and he told her it helped. People did take the piss, though, but he enjoyed doing it.

Jack: There will always be sceptics to someone's method of self-help, unfortunately. But if something works for you, then do it!

Jack: How do you think men feel about things like therapy and counselling?

Matt: When I was younger, I was only able to talk about my feelings online rather than face-to-face. I didn't go to therapy at the time for that same reason. Thankfully, I met a wonderful friend and she has been helpful in getting me through the difficult times.

Jack: That's great! I've definitely got a few friends who double up as my "therapist" sometimes. That doesn't mean I pay them and lie on a couch (although I might buy them a pint!). Lots of people are fearful of therapy because they feel that it won't help them, or that it means they are mad or something. In actual fact, it's a very effective, normal and brilliant way of releasing your emotions. Also, most therapy isn't how you see it in the movies! It isn't laying on a leather sofa and having someone analyse you.

Matt: I've also phoned helplines before and have found myself suppressing tears on the calls. I think I didn't want to surrender to the tears because to me that would've been rock bottom. I wouldn't have been embarrassed at accepting help, but I didn't want to admit to myself that I'd fallen so far. Crying is such a raw, uninhibited show of emotion. There are no levels of disguise with it, like a smile or a grimace. It just is what it is.

Jack: I think there are some really good helplines for people in times of immediate distress. I think you being open about using them is a brilliant thing.

Matt: Thanks. Unfortunately, often when someone exhibits weakness they practically get a smack round the chops and told "Life is hard, keep marching forward!" It doesn't make sense. Nobody is mean to marathon runners that give in and have to walk a few miles.

Jack: Absolutely. Thankfully, there are lots of organisations like CALM that help people. We're a campaign to encourage more men to open up, but also a helpline to listen to people in times of a crisis. There is also the Samaritans which is a brilliant charity. Your GP can also refer you for CBT and counselling. There are also more and more universities and employers that also want to help people who may be struggling. No-one is alone.

Matt: Nobody has to, needs to or should suffer in lonely silence.

Drinking loads doesn’t make you more of a man, ...

Male body image and too much exercise

How do you know if you’re exercising for the ...

Why is being told to ‘man up’ dangerous?

‘Man up’ does nothing to improve the ...

Men can and do get eating disorders, and deserve ...

How do men really feel about the way they look?

Am I going mad?

Feel like you're losing it? If it's all getting too much, re...

Tell us about you

At The Mix we're always trying to improve our services.
Take this survey for your chance at winning a £200 Amazon voucher.