Crisis Messenger
The Mix / Travel & Lifestyle / Are you worried about climate change?

Are you worried about climate change?

The Mix went to the Climate Strike to find out how young people feel about climate change.

Young people are worried about the future of the planet

Do you lie awake at night worrying about the ice caps melting? Do you feel helpless when you hear about the Amazon Rainforest being destroyed? If you’re in a panic about the future of our planet, you’re not alone – lots of young people feel the same way.

We spoke to our CEO, Chris Martin about this issue:

“We did a recent survey with our young users and found that nearly 75% of our users thought climate change was the single most important issue facing their generation and most worryingly, about 45% of those felt that worrying about climate change was having a real effect on their mental health.” 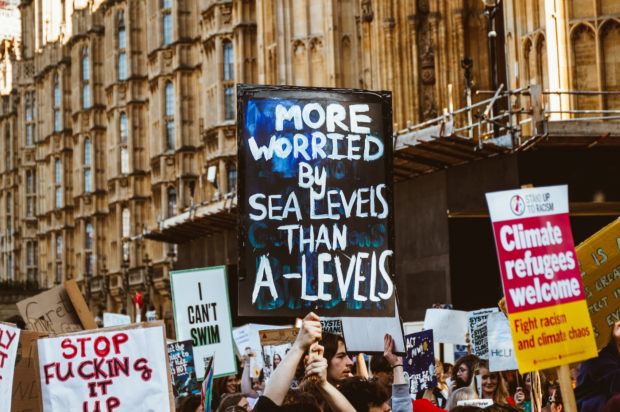 What is the Climate Strike?

The international Climate Strike is a movement started by 16 year old environmental activist, Greta Thunberg. Back in 2018, Greta took time off school to protest outside the Swedish parliament, demanding that the government took stronger action on climate change. School children all over the world began to organise similar strikes, in a movement that was named “Fridays For Future.” Just a year later, over four million people took to the streets to take a stand on the environment.

The Mix went on strike!

Because climate change is so important to you (and to everyone), The Mix decided to join the strike. While we were there, we talked to young people who were out protesting, to find out more about why climate change is at the forefront of their minds.

Why are young people striking?

Lots of you told us you felt strongly that big changes were needed to try and save the planet. One young person told us they thought it was especially important that the younger generation should be at the strike:

“I do feel really strongly that obviously people who can’t vote don’t have as many ways of having their voice heard.”

They told us that joining the strike can give young people a sense that they’re having a real impact:

“It’s very easy to feel like you’re out of control with these things… and I think when you come to these things you do get a real sense of oh, actually, other people feel the same and people really care… and if I make certain changes in my own life and everybody else does the same then actually we will make a difference because there’re loads of us doing it!”

Another young person told us:

“It’s our future. There’s no point in going to school if we don’t have time to use our knowledge in the real world. We just want to show everyone what’s needed and what’s required to actually have a future.” 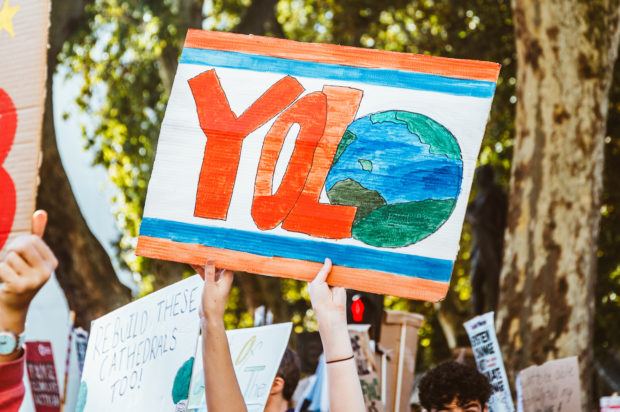 When we asked young people at the strike who was responsible for stopping climate change, you told us it was an issue for all of us:

“There’s no point in one person trying to stop it because it won’t work. We need as many people as we can get to all stop… Everyone’s put us here and everyone has to get us out of it, because it’s our earth and this is what we have.”

One young person told us, “I think retailers have a lot to answer to…They push a lot of awful products on us. I feel quite strongly that they should take a lot more responsibility… Politicians are all out for themselves rather than actually working together to make a difference… They all need to get their act together a bit.”

In Greta Thunberg’s speech at the United Nations on 23rd September, she angrily told world leaders that the younger generation would never forgive them if they didn’t take climate change seriously.

A young person at the strike told us that the older generation urgently needs to listen to what young people have to say: 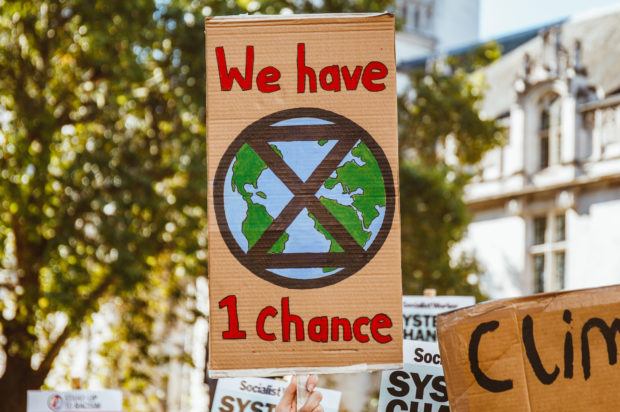 Young people are making a difference

The situation may sometimes feel hopeless, but on the 20th September, thousands of you went on strike all over the UK (and millions around the world) to show that the younger generation can teach older people a thing or two about standing up for the planet.

Our CEO, Chris Martin, says, “…the good news is that young people as you can see are out here and prepared to do something about it. They feel that this is a problem that needs to be solved by all of us – by government, by corporates, by politicians, and they’re prepared to do their part as well.”

Lots of young people are prepared to make real and lasting changes to their habits, their spending and their lives in order to fight against climate change.

Chris says, “when we asked them what young people would do, we know they’re going to march but they’re also going to give up plastic bottles and about half of them said they’re going to stop with the fast fashion as well. It’s brilliant to see young people taking this challenge on and making a real change in their world.”

How can I help to prevent climate change?

If you want to get involved in further action against climate change, search for campaign groups in your local area and contact your local MP to find out what their stance is on the environment.

Read our article on how to be a climate change activist.

Talking to your first-generation parents about racism

Do you struggle with talking to your ...

Racist abuse led me to a career in anti-oppression activism

We speak to the inspiring Vanessa Faloye about her ...

Was it sexual assault?

Sexual assault is confusing both legally and emotionally.

Want to learn to drive? You’ll need to have passed your theo...

Do I need to apply for settled or pre-settled status?

If you don't have a British passport, it's really important ...

How to throw the best party. Ever.

Whether you're looking for fun fairs or deckchairs, The Mix ...