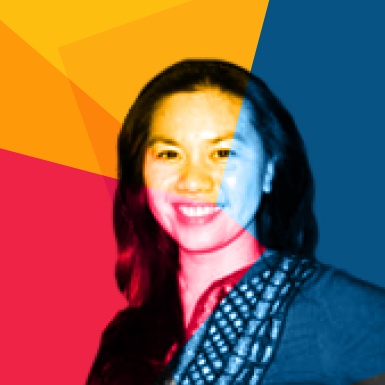 Finding your parents or housemates difficult to live with? Read on to see what Thienhuong, a relationships expert from Women's Aid told us about how to manage when things are difficult at home.

Annie: I dislike my housemate a lot. I am miserable living here and spend more time in uni or at friend's houses. I roll home about 5.30 ish (unless I'm being wild) and make sure I'm out by 10 the next morning.

Thienhuong: That's not good. Your place should be somewhere you feel happy and want to spend time. Can I ask why do you dislike your housemate ?

Annie: We're just totally different. I'm a few years older than her and have experienced stuff which she has no idea about. She massively lacks understanding about various things. She never ever cleans up. She's lazy and rude and selfish. I like happy friendly, huggy people. That's not her.

Thienhuong: Huggy people are nice! Are you thinking about moving out?

Annie: I can't because of the contract I'm on.

Thienhuong: Do you have any house rules and have you spoken to her about any of this?

Annie: We sort of have house rules. Yes, numerous times and she makes excuses e.g. working or uni. I go to uni, I also have a job, but that doesn't make me lazy.

JosieTS: Hey Annie, I don't know if you've seen it before but we have an article on how to confront a friend, might be worth a look ;)

Annie: There's just a horrible atmosphere a lot of the time. She's also banned quite a few friends from being in the flat. So anyone I've met online isn't allowed, my best friend isn't welcome but she turns up anyway.

Thienhuong: I'm so sorry to hear that Annie. It seems the rules are quite one sided, and it's important for you to get to have your friends over as well. Perhaps you can suggest some time to sit down and have a chat. Nothing too 'serious'. Regular chats about house sharing stuff are always needed, even with people you get on with.

Annie: Yeah I guess so.

Thienhuong: I know the hard part is approaching it and bringing it up. It may also be that she has some issues she's dealing with and taking it out on you - but of course, that's no excuse whatsoever. If you still want to stay there, just let her know you'd like to still stay there, but only if things change for the both of you.

Annie: Maybe, but I think she probably would have told me, as she likes to tell me every single detail of her life.

Thienhuong: OK, so maybe now it's your turn to share what you're feeling but only when it feels comfortable for you.

Jen: I live with my mum and dad again now. When I lived with my ex I got on really well with my family. Recently I've just been snappy and moody, and if anyone asks me something or tells me something I'll just sort of go 'mm'. I hate being like this, and I know they think I'm really moody. I know it's probably because I'm feeling low, but I'm not going to talk to them about that, so what can I do? I just want to be happy with them and laugh with them.

Thienhuong: It sounds like you're in a tricky situation. Although you may not feel able to speak to your folks, which is perfectly fine, it's important to be able to speak to someone who you trust and that you can share sad and happy feelings with.

Tia: I live at home with my parents and my younger sister. At the moment my mum is recovering from a big operation so I am basically being mum at home. The problem is I am exhausted. I am on a higher dose of anti-depressants now, my mum doesn't know they've upped the dose.

Thienhuong: First of all, you need to look after yourself. If you' aren't OK, you can't look after anyone else as well as you may want to. You're having to cope with so much. You're extremely courageous taking all of this on.

Kirsty: Maybe try and tell your mum that you're feeling exhausted too, if you haven't already, she won't want you taking on too much.

Tia: My dad is being useless though so if I don't do it my mum will and she has to recover more than I do at the moment. I don't want to tell her as she will get upset and blame herself.

Thienhuong: Are you able to do a little less (a lot less!) and ask your dad to help out more? It sounds like your dad isn't coping either but it's certainly not your fault. None of your parents' problems are your fault. Do you have a health professional you can talk this over with? I know there are also some services in local areas that help out with caring for people who've come home from hospitals.

JosieTS: Here's the link to our local advice finder Tia, might be worth a go.

Thienhuong: Sometimes if you need to vent/rant and feel you can't do it at home, then you can call the Samaritans as well. Tia, do you have a safety plan?

Tia: Thank you. I have a psychologist that I am going to see tomorrow (I see her twice a week) so I will talk to her. I haven't got an appointment with my GP until January because there is only one GP that I want to talk to. On top of everything I have to fit in all of my physio and other appointments. What's a safety plan?

Thienhuong: It's great to hear that you can talk to your psychologist tomorrow. A safety plan is when you make a list of names of people you can contact when things may not be going well for you such as when you feel that you're perhaps thinking of overdosing. That's when the safety plan kicks in and you give someone on the list a call to help.

Kirsty: Tia, just want to say that what happened ages ago and the way your parents reacted wasn't because they were mad at you at all, they were mad at the other person and just worried and upset for you. They love you, and just because you feel exhausted, they won't blame you at all. You're going through a lot.

Tia: I don't have one no. I don't want other people to know though. I talk to one friend a lot though as she is the only friend that knows about all this. I know I should talk to my parents but I don't want my mum to worry about me on top of everything.

Thienhuong: You should only have people on the list that you feel you can trust Tia.

Annie: You can make your own safety plan if you wanted to. It's advised to you talk it through with someone though, e.g. your psychologist. Here's a link to a template called a WRAP. I've got a WRAP and it's literally a life-line at times.

Thienhuong: You might also find some positive thinking helps, you could try writing (or typing up) a list of things that make you happy.

Tia: Thank you. Okay, I will write a list. I have a list of things that I can do or am doing well with so I try and look at that when things get bad to remind myself that there are positives and I am making improvements in things like physio but also with my mental health. Like for example I never used to be able to talk to anyone but now I trust my psychologist enough to open up to her.

Thienhuong: Perhaps you can stick the list on the wall? Those improvements are pretty huge so don't sell yourself short!

JosieTS: I wonder if you can use time in the evenings to do something relaxing in your room that distracts you from the more negative thoughts too?

Tia: I try that :) I have a strategy of things to do when I notice my mood going down. We are having lots of family and friends around at Christmas and it does scare me. Also because I struggle with concentration which is another impact from the stroke I had and when there is too much going on like lots of people talking at once even if not with me I can't keep up. Thank you all for your help :)

Annie: Also Tia, I don't know how helpful it would be for you, but I've found that timetabling every hour of my life makes things easier to deal with. I don't have time when I'm just sat doing nothing, if I'm alone I make sure I've got a DVD on even if it's just for background noise. It doesn't have to be big things. Quite often I block time out for Facebook or Facetime, or half an hour where I watch something on iplayer but actually give my body a chance to catch up with my brain's antics.

Tia: That's a good plan Annie. For my psychologist I have to write down what I do every hour of the day and record my mood but that's always after. I might start doing it before so I have more of a plan.

Thienhuong: Interrupting those thoughts with things like Annie's idea about a DVD is absolutely great or you can always have a stash of emergency chocolate on hand!

Annie: I've found it's really helpful, especially when I'm at either extreme of mood like now, when I'm more likely to do something in the moment.

Thienhuong: Just remember, it's ok to be sad at times, but if you find that it's constant, then you need to really try to do something that stops it from continuing. If you can't do it yourself, then it's always good to get someone to help you.

I fancy my housemate

What should you do if you love your housemate? ...

A guide to avoiding passive-aggressive notes on the ...

Living with dementia in the family

Living with someone with dementia can be ...

Our mods Danny and Tamsin share expert advice on ...

Help, I am homeless!

Have no idea where you’re going to sleep tonight? The Mix ex...

Help, I'm being kicked out of home

I’m pregnant – how can I get somewhere to live?