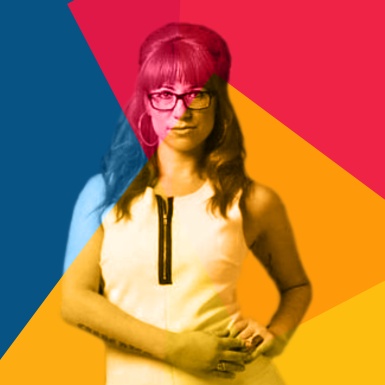 Nadia is a journalist and member of the Self Esteem Team. Her past experiences of self-harm made her want to reach out to other young people who are struggling with feelings they find difficult to communicate and deal with.

p>[Sarah: How do you go about telling someone you've relapsed? I told my parents I self-harmed and they freaked out. I don't want them to freak out again.

Nadz: I would suggest maybe writing a letter and slipping it under your parents' door? This allows you to say everything you want without being interrupted and it descending into a row. You could say in the letter you're afraid of it becoming a screaming match and you're really looking for some sympathy and guidance. Also, there is a possibility of bringing someone else into the conversation for moral support, so maybe ask a sibling, friend, teacher, whoever you feel comfortable with, to sit beside you when you confront parents

James: We've got an article about telling someone you self-harm that might be interesting.

Josh: I've been harming for a while, but have been able to stop a bit recently. How can I stop myself from relapsing?

Nadz: I find it helpful to focus on ways to boost my self-esteem rather than stopping self-harm in itself. That way when I feel better about myself, stopping self-harm is then a by-product of that. For me, this came with finding my passion in writing and music, I go to a lot of gigs and find going to the gym actually really helpful in exorcising my demons. It is different for everyone, but if you work building confidence, you start to love yourself a little more. Reaching out to another person really helped lessen the burden for me (in my case my sister) for me writing things down really started to make them tangible, like they were real. It also was a great method to get things from the inside to the outside.

Nadz: I guess there is no such thing as normal really as everyone is different, but if it feels right for you, then that is normal for you and perfectly understandable. It's ok to have unanswered questions. I think accepting that you may never know the answer is perhaps the next step and you can start to forgive yourself. It's likely too that your friend didn't necessarily want to end his life, but end his pain, that is how I began to move on/accept losing my friend. One of the things that really helped me with depression was having a dedicated wall in my bedroom that I draw on/graffiti whenever I want. It's like a giant doodle pad for thoughts, good ones as well as bad, really crappy drawings too, and if you're not allowed by your parents/landlord/student halls, then just sellotape giant pieces of paper to the wall rather than doing it on the wall itself. Another tip, some people say talking to yourself is the first sign of madness BUT I often have a little dialogue going with myself. I have quite bad anxiety so whenever I have a bad moment I kind of just tell myself 'its ok its ok its ok'. That little reminder that the world won't end is quite comforting.

Lilly: My friend self-harms and I feel a bit guilty. What can I do to support them?

Nadz: Everyone has their own reasons for self-harming and for me it was cumulative, not just down to the behaviour of one person loads of things contributed to it. Things I never told anyone. It was school stuff, friend stuff, things I saw on social media, the world around me, low self-esteem, I could never boil it down to one point. We create stories in our head from guilt and sadness and the unknown. We can't be with another person 24 hours, we only see snippets of their life, so we sort of fill in the blanks and make a story ourselves of how they truly are. Identifying 'why' we self-harm is actually more helpful than the 'how' do we self-harm. If you can work on the single reason that could be really beneficial to moving forward.

James: There's also one about supporting someone who self-harms which might be a good thing to give to your parents.

Self-harm can encompass a range of things that ...

5 tips if someone tells you they’re self-harming

Here’s our advice on what to do if someone you ...

Is it ok to have a mental health relapse?

Does relapsing mean you’ve failed? No. ...

How can I stop an eating disorder relapse?

We discuss the warning signs of an eating disorder ...

How can you tell if you have a mental health issue? Read our...