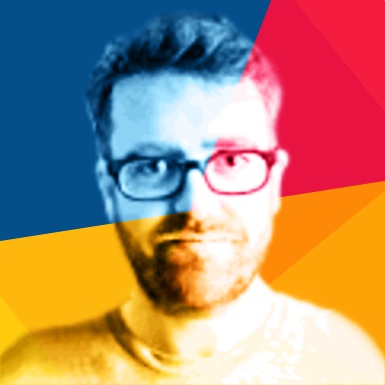 Justin has worked as a sex and relationships educator for over 15 years. Here, he answers questions about sex and love with the help of The Mix relationships advisor Tamsin. You can find Justin's website at BISHuk.com.

Chrissie: Me and my boyfriend have an intimate relationship, however I sometimes feel pain when he tries to insert himself in me. Should I just stop having sex?

Justin: Sex should never hurt (unless you're doing something that's meant to hurt, like love bites). So it's cool to stop if it does. It might help to ask yourself if this is the kind of sex you actually want? Some people really like entry sex (like penis in vagina sex), but not everyone. The second thing to think about is whether you're turned on enough when it comes to the point of entry. The vagina totally changes when it's turned on, so it should be really wet and the clitoris and whole vulva should be throbbing. If it still hurts, perhaps you could start with fingers? He could also pay attention to the clitoris (that's where most of the nerve endings are). Ultimately, if he's hurting you during sex then it's important to talk to him about it.

Tamsin: There is an article on The Mix that talks about painful sex.

Justin: I've got lots of stuff on my website about how your sexual body parts work. Here's another article about how to talk about sex.

Daniel: It's been a few months since I last had sex. How do I retain my confidence when it comes to dating (and the bedroom stuff)?

Justin: First of all, make sure that you aren't giving yourself a hard time about being single. Being single is no better or worse than being in a relationship, despite what anyone might tell you. See your mates, hobbies, have some you time etc. But as for asking someone out, do you spend time with people you might want a relationship with? Try getting out a bit more and chatting to people - even if it's just for the sake of chatting. If you're over 18, you could also try online dating. There's a guide for online dating on my website. Here's another one about chatting to people in real life. When it comes to the bedroom department, just take everything one stage at a time. Try and be 'in the present' and not worry too much about what might happen next.

Tamsin: We've got an article here on The Mix about how to pull.

Liam: I don't want to be in an embarrassing situation, so any ideas where I can secretly store condoms?

Ollie: I just keep mine in my underwear drawer (aside from the couple I always have to hand in my wallet). I don't store them secretly because I have no need to. All my associates know that I am a sexually active adult with a libido and that condoms are always a handy thing to have close by.

Liam: Fair point, Ollie, but it would feel awkward for me if my parents found condoms in my room.

Frieda: I think they would be glad you're using protection, Liam.

Ollie: I keep mine in my underwear drawer so if my parents for whatever reason find them in there I can immediately ask why they were intruding upon my private space. Of course, that raises the awkward scenario of breaches of trust but one quandary at a time eh? :)

Frieda: I'm over 25 and I have never been in a relationship or had sex. I don't really want those things but I know it's not normal to feel this way. I've never even kissed a guy. Is there something wrong with me? It's starting to get me down.

Justin: Lots of people are asexual or aromantic and that's totally cool. The only problem with it is when society says something is 'normal' or not. There's an amazing website for asexual and aromantic folk.

Frieda: I'm not sure I am asexual, though.

Justin: That might be something for you to think about by yourself. Try to notice whether you have sexual feelings. What do they feel like? If you try to be gentle with yourself and lose the idea of 'being normal', it'll be easier to see what it is you really want. It could be that you do want a sexual relationship but you really need to feel a connection with someone else first. Some people need lots of trust and intimacy before having sex.

Gary: I've not had sex in ages and I'm worried that I won't last long when I next have sex. How can I last longer?

Justin: First of all, sex doesn't have to end when you ejaculate. Even if you lose your erection, you can still use your hands, mouth, tongue, face, leg, thigh, toys etc. The issue is what 'society' says counts as sex - as in penis-in-vagina is the only thing that counts!

Gary: But will someone's hands, mouth etc give a woman as much pleasure as an erect penis would?

Justin: Yes! Most women (with vulvas) can't orgasm from just a penis in the vagina. 70% in fact.

Justin: Yup. The most sensitive bit of the vulva is the clitoris. It has twice the amount of nerve endings as in the end of your penis.

Gary: So if I ejaculate too early, I can use my fingers?

Justin: Yup. Or whatever she may like. After a few minutes, your hard-on will return again. It's called the refractory period.

Tamsin: There is a section in this article that talks about things you could try that may help you last a bit longer, like the start-stop method (where you stop having sex when you think you are going to ejaculate, wait a bit, then start it up again).

Ollie: My last sexual and romantic partner was years ago. Since then I've abstained from the dating scene because I needed to seriously work on myself (including one nervous breakdown) and I have gotten better since then. When I consider the time passed since my last coupling I wonder if I should be upfront with a future partner about how far off the pace I am? I feel a lot can happen and change in three years.

Justin: Any future dates you have are with the 'present you'. You don't need to explain absolutely everything to someone straight away. Think of yourself where you are now, rather than where you were three years ago. We're all changing all the time. Try to think of yourself as being more resilient and strong now and take one small step at a time. Enjoy someone's company without any expectation of where it may or may not go at first. Honesty is really good, but it's about also being honest and kind to yourself now. You've been through a lot but maybe you've come out stronger on the other side? Here's an article from me about self esteem.

Pippa: Remember, if you want to talk more then our boards are always open :)

How to protect your mental health online

Look after your mental health online and rise above ...

How to handle body shaming

What exactly is body shaming and how can we protect ...

What is banter? The difference between banter and bullying

There’s a fine line between banter and bullying

Graphic self-harm content can make it even harder to ...

Libby discusses body confidence, self esteem and how ...

Is my vagina normal?

Are my labia too big? Should my vagina smell? And what the h...