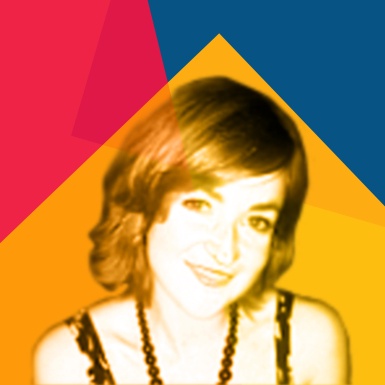 Christmas can be a stressful time for families and friendships alike. The Mix mods Danny and Tamsin share their expert advice on dealing with relationship problems during the festive season.

p>[Teegan: During Christmas time, my family stress me out. They put pressure on me to be happy and socialise, and I find it difficult. It makes me want to isolate myself. How can I deal with this? I just can't talk to them about it.

Danny: It's always hard to relax when someone is demanding that you relax! The fact that you can't talk to your family makes things more difficult. It might be worth pointing out all the things that you are finding positive about Christmas. So even if you're feeling stressed, they know that you are enjoying things. It might also help if you could do some practical things with them too, so they know that you want to feel involved.

Layla: I bicker a lot with my dad. He makes it his mission to wind me up, and it makes me so angry! He doesn't stop when I ask him to, so then I get moody and end up bickering with everyone. I've got to be with him over Christmas, so avoiding him isn't an option, and if I try and walk away, I'm made to feel guilty about it. I've tried talking to him reasonably and he just doesn't get the message. What can I do?

Tamsin: Spending time with family over Christmas can be so tough, especially if you have a family member who insists on winding you up! Dads can find it hard to communicate with their daughters sometimes and so everything becomes a joke. You could try and explain that you're finding his behaviour irritating and, because you want to avoid conflict, you're going to take some time for yourself. There is nothing wrong with that, and you shouldn't be made to feel guilty about it. It's easy to think that all families have a wonderful, argument-free time at Christmas, but it really isn't the case!

Chris: My family broke down a while ago, and I haven't seen my mum in a while. This year, I'm going to see her for the first time in a few years, She has a new partner and a new son. I still don't really forgive her for leaving, but i don't want her son to have a rubbish Christmas like I did. What can I do? There's a lot of animosity between me and my mum and I find it too hard to talk to her.

Danny: It's really nice that you're taking so much care of the child, and want him to have a good time. However, it does sound like a lot of pressure to take on in a difficult situation and it's not solely your responsibility. It's very tough that you can't speak to your mother as it's important that you find some space to express your feelings. Maybe you could talk to friends or other family members in advance? Feel free to use The Mix's services, too. There's space in live chat and on the boards to talk about how you're feeling, and you can also use our Ask a Question service for a more detailed answer (this service is now closed). In the long term, if your mum is hard to communicate with, sometimes it can really help to have a third party involved. Have you considered family mediation? I know it can seem like a huge step but we also have some support here on The Mix about family therapy and mediation.

Jess: How do you come to terms with a friend moving on? I was best friends with someone once and I don't feel I'm that important to them anymore. We were practically joined at the hip, but since I moved away she's made new friends. We do still talk but it's only brief chats. I feel like it's my fault for moving away.

Danny: That is really tough. It always takes time to deal with losing relationships that were important to you. I know it's cliched advice, but time is a healer. It also might help to actively go out to form new relationships. Are there people that you know and aren't necessarily friends with at the moment that you'd like to develop closer relationships with? It can take time to build up relationships in a new place. Perhaps your friend is also finding it hard to adjust? Maybe you could let her know that you miss being close friends, and that you know you're not nearby any more but that your friendship is still important to you.

Tamsin: You could consider having a read through this article on making new friends. There's loads of hints and tips that might make things easier for you.

Adriana: I was seeing a guy for a while. It was great, but we didn't make it official or really talk about what it meant. At the same time, I saw another guy and we slept together. The first guy found out and is really angry about it. He won't speak to me. I miss him and have stopped talking to the guy I slept with. I want to be in a relationship with the first guy and to be serious. I know I was wrong for cheating and I accept that, but can I save this?

Tamsin: That sounds like a tricky situation. It's a hard thing to find out that the person you like has slept with someone else. You mentioned that you weren't official with the first guy, however, even when no labels are attached, people can still develop feelings. It's natural that he's feeling hurt. You could try being honest and tell him that you made a mistake and would like to see him again. This time, you'll both need to be clear about what you're looking for. If you want, you could think about contacting the Ask A Question service (this service is now closed).

Some people just aren’t into having one ...

When a family member has dementia

Living with someone with dementia can be ...

How do I get over a break-up?

Why does she bleed when I finger her?

Is my vagina normal?

Are my labia too big? Should my vagina smell? And what the h...