On Sunday 18th November The Mix partnered with IAMWHOLE, YMCA and CALM to deliver a groundbreaking mental health initiative and fundraising gig – Music 4 Mental Health…and it was a sell out! London’s renowned Roundhouse venue was buzzing with hundreds of young people eagerly awaiting some of the most prolific names in British music, including Ed Sheeran, Anne-Marie – 2018’s biggest-selling debut artist in the UK -, Olly Murs and Professor Green. 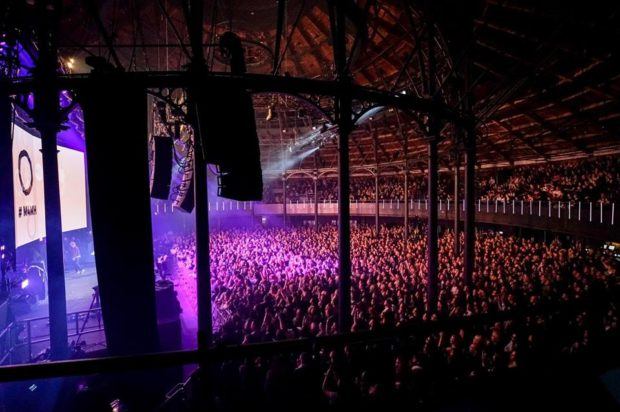 It really was an unforgettable night. The evening kicked off with a pre-show discussion panel at Camden Lock, featuring Loyle Carner, Dr Alex George from Love Island, and Rizzle Kick’s #IAMWHOLE founding ambassador Jordan Stephens. Our young ambassadors from The Mix were also in the audience to ask questions, and the panel chatted about the power of music, self care, how to support someone with a mental health issue, and much more. 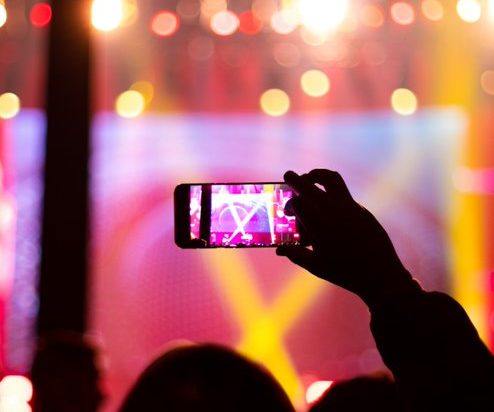 As well as proving to be an extraordinary evening of exemplary musical talent, Music 4 Mental Health was all about using the power of music to help break down the stigma, and normalise the conversations, surrounding mental health, in addition to raising vital funds for mental health projects targeting young people across the UK and Ireland. All the artists spoke candidly on stage about their own mental health struggles, and the importance of seeking support; James Arthur admitted that when he’s feeling down, some 90s R&B helps him unwind! 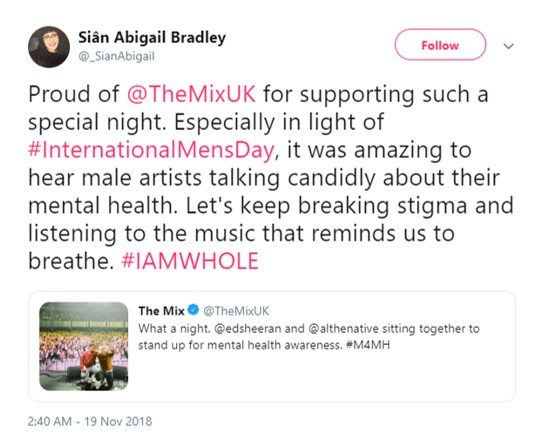 Jordan Stephens was spearheading the debut Music 4 Mental Health fundraising concert as the evening’s MC. This is following the incredible success of #IAMWHOLE – the innovative anti-stigma mental health campaign launched in 2016 and developed in partnership with the NHS and YMCA, as a direct response to the mental health difficulties being experienced by children and young people. 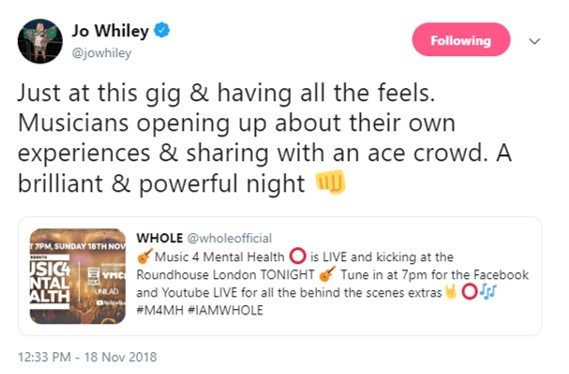 Chris Martin, CEO at The Mix commented: “The Mix is unbelievably proud to have been part of Music 4 Mental Health. It was amazing to see some of the UK’s leading artists, and an incredible crowd, coming together to confront stigma around mental health. We are grateful to Spirit Media, Broadwick Live and The Roundhouse for making it happen along with our charity partners YMCA and CALM. Mental health is a huge issue that affects us all. Events like M4MH show the power of working together to create lasting change in how we care for ourselves and for others.”